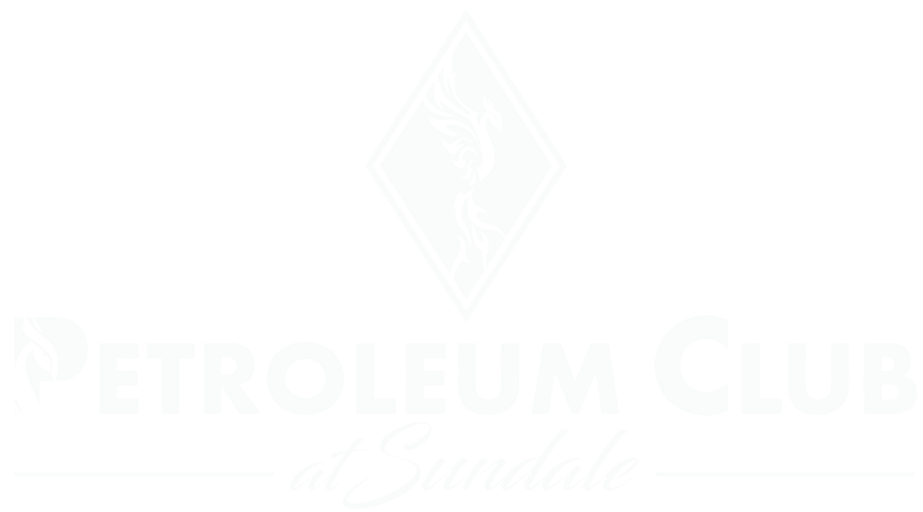 A few notable founding members of our Club, according to our 1956-1957 roster, includes Jack Talbot, Monroe Brown who became the U.S. Ambassador to New Zealand, Don Lake, son of Charlie Lake who founded Rain For Rent, James Petrini, founder of Borton & Petrini, Dick S. Stricklen, Gerald Hay who founded Hay Insurance Company in 1894, Glenn Ferguson and Lee McFarland who were the founders of CIPA.

Bakersfield’s 25th Mayor, Harvey L. Hall is a past president that served from 1996-1998 and began his bid for Mayor during that time.

Came to me at Fox & Co in 1979 to do audits on his 3 partnerships, which were then vended into a reverse merger as TRI-VALLEY CORPORATION. Said he knew we did McFarland energy reverse merge in 1976 (see McFarland below), and wanted to do the same. Lynn Blystone located a shell company in Denver, having moved there from Bakersfield 5 years earlier. When TVC reverse merger was approved effective by SEC in June, 1970, Beach dropped dead! Blystone fired Fox, and hired Carpenter Khuen, & Sprayberry to do audits, as a friend of theirs, Professor Jimmy Barnes, became successor to Beach. Two years later, Barnes was drowned in Kern River rafting incident, Blystone moved back to Bakersfield, and re-hired Fox & Co. in 1985 I joined with Pete, and talked him into taking TVC as a client.

Teamed with Bosworth above. Formed Ferguson & Bosworth, very successful Kern County exploration & production company. He formed CIPA with Lee McFarland circa 1976. He told me at a CIPA meeting he was first independent to really explore Kern County in the 30’s and 40’s, and they tried to stake out really good properties. They did.

Graduated Phi Beta Kappa from U of Washington, landed in Bakersfield and partnered with Jim Speer, whose firm merged into Fox. Bill moved to San Diego in 1965, joined KPMG as a tax manager, and eventual tax partner. I joined that KPMG office in 1967, and met Bill. When I told him I was returning to Bako in 1970, he said “go see Speer, my former partner.” I did, and accepted their offer, and stayed 15 years in Fox, BaKo until joining Pete in 1985.

Monroe founded McCoy Tire and Recap Company and Hartman Concrete Materials Company in Bakersfield, CA, and owned cattle ranches in Bakersfield, Placer County, and Wheatland, CA, and Nevada and Texas. He operated Wheatland Land and Cattle Co. from 1975 to approximately 1985. Monroe and Mary Frances resided in San Francisco from 1975 to 2002, then retired to their cattle ranch in Wheatland. At the time of his death he owned Browne Cattle Co. based in Wheatland, CA, where he bred thoroughbred horses for racing; was a managing member of Browne Cattle Company, LLC, a Wheatland development entity; and until recently retained an interest in a thoroughbred horse breeding farm in Waikanae, New Zealand. He served on the Cal OSHA Appeals Board from 1970-1974 as an appointee under Governor Reagan, and chaired President Reagan’s Small Business Task Force in 1980 and 1981. From 1981 until 1985 he served as United States Ambassador to New Zealand and Western Samoa. In the mid-1970s he founded the Institute for Contemporary Studies in SF. Ambassador Browne had been a member of San Francisco’s Bohemia Club since 1988, held memberships in the Pacific Union Club, and in Sacramento’s Sutter Club, and was a former president of the Bakersfield Rotary. He was also a founding member of The Heritage Foundation.

Petroleum Engineer, and father of John Burtchael. Became client of Sid Hessler, as did John. Ed died around 2000 or so.

Son of founder of Rain for Rent, Charlie Lake. 50% owner of KC Steakhouse. I worked on RFR audit and all tax returns, including Don’s, from 1970 until I left Fox in 1985. Always ready to party—great guy. Also always ready for adventure as repossessing ag pipe from customers who forgot to pay rent. Main family member pushing RFR dragster at Bako March meet (James Warren in parts department was the driver).

Bud Reid introduced Lee to me in 1974, and said Lee wanted to “go public.” Bud and Lee had just left OXY to go on their own. Bud was a Fox tax client of Ross Wright, partner, but he did not know how to do audits, and asked me to help. We did 2 annual audits of McFarland energy in Whittier, and the he me did a reverse merger in February, 1976 with Seaboard Oil & Gas, out of their Chapter 11 proceeding. McFarland was 60% owner of successor corp. so Lee fired KPMG, LA, and hired Fox &co, Bakersfield to go forward. Mac McFarland, CPA, joined dad’s firm about 1978, eventually became President, and sold out circa 1982 to Santa Fe Energy (Dave Kilpatrick) for ~$110million. As soon as Santa Fe spun out its California properties as Monterey Resources, within a week Texaco called and bout Monterey.

Bud Reid’s dad, owned Gene Reid drilling co. Lost money for years, has NOL’s, teamed up with Armond Hammer in the 70’s, OXY to develop California play initially around Lodi, California, by name of Lathrop. ~$10 million drilling fund developed by Bob Teitsworth and Stan Eschner of OXY. All dry holes, down to last site, and discover a whopper field. Rest is history. After son Bud graduated Stanford, he had joined OXY, until 1974 when he had enough of Hammer’s strong management style. Fox did Bud’s audits and taxes until 1982.

Sold first Round Mountain piece of property to Don Macpherson, who was leaving Unocal circa 1978. Don later picked up north and center pieces to make the untized Round Mountain Partners development. 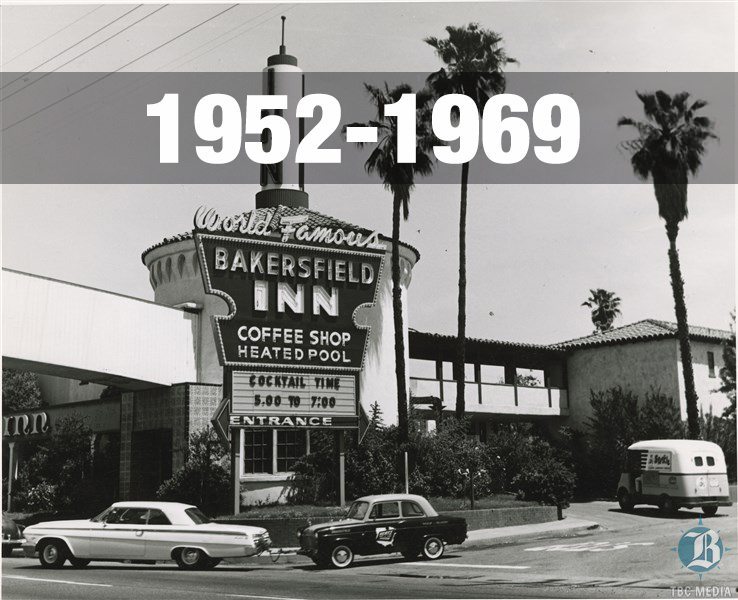 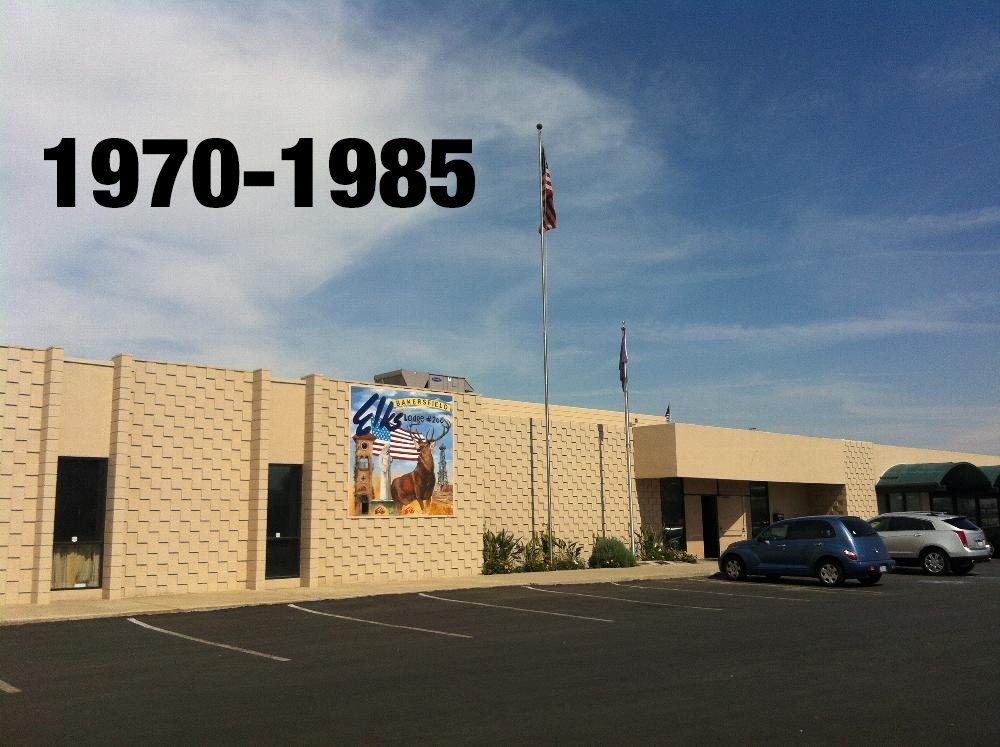 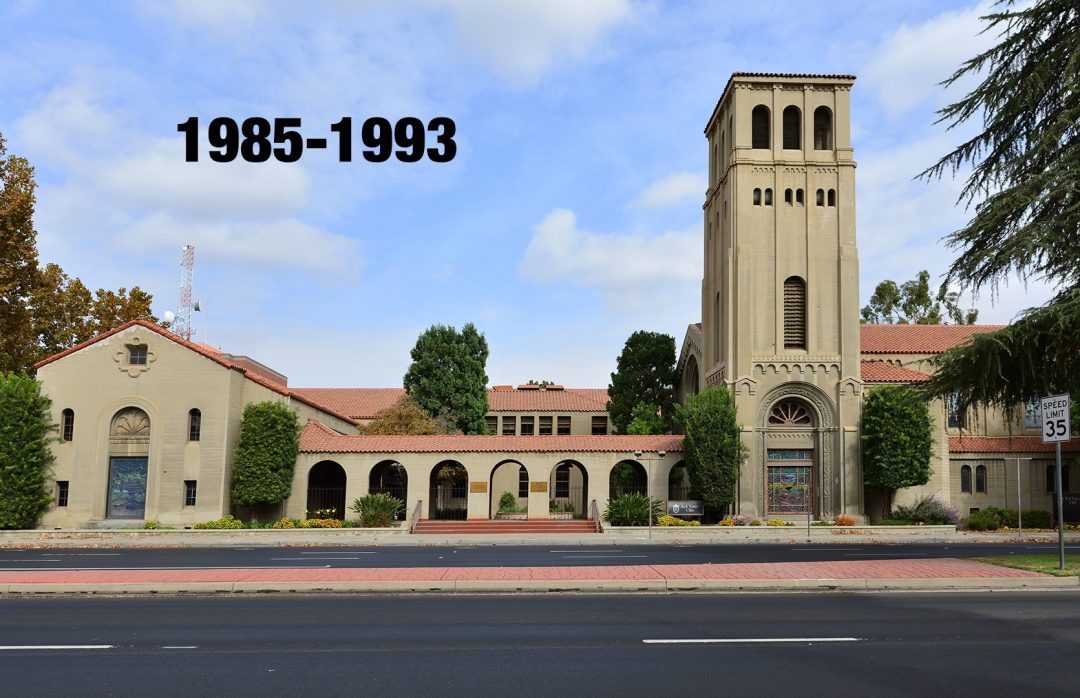 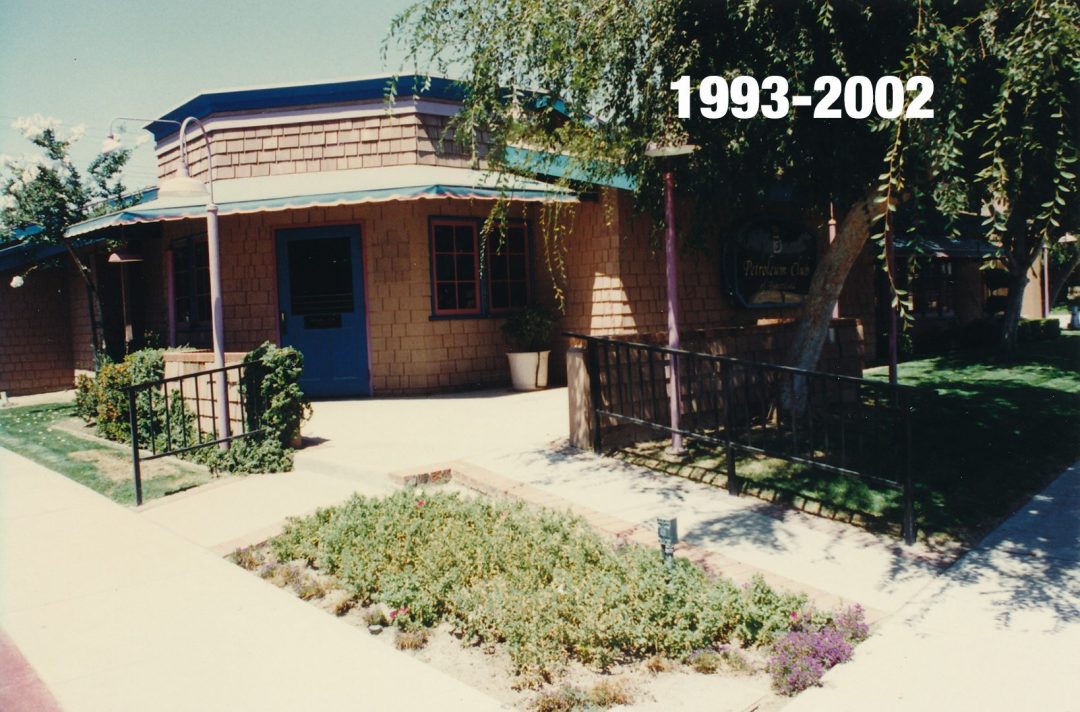 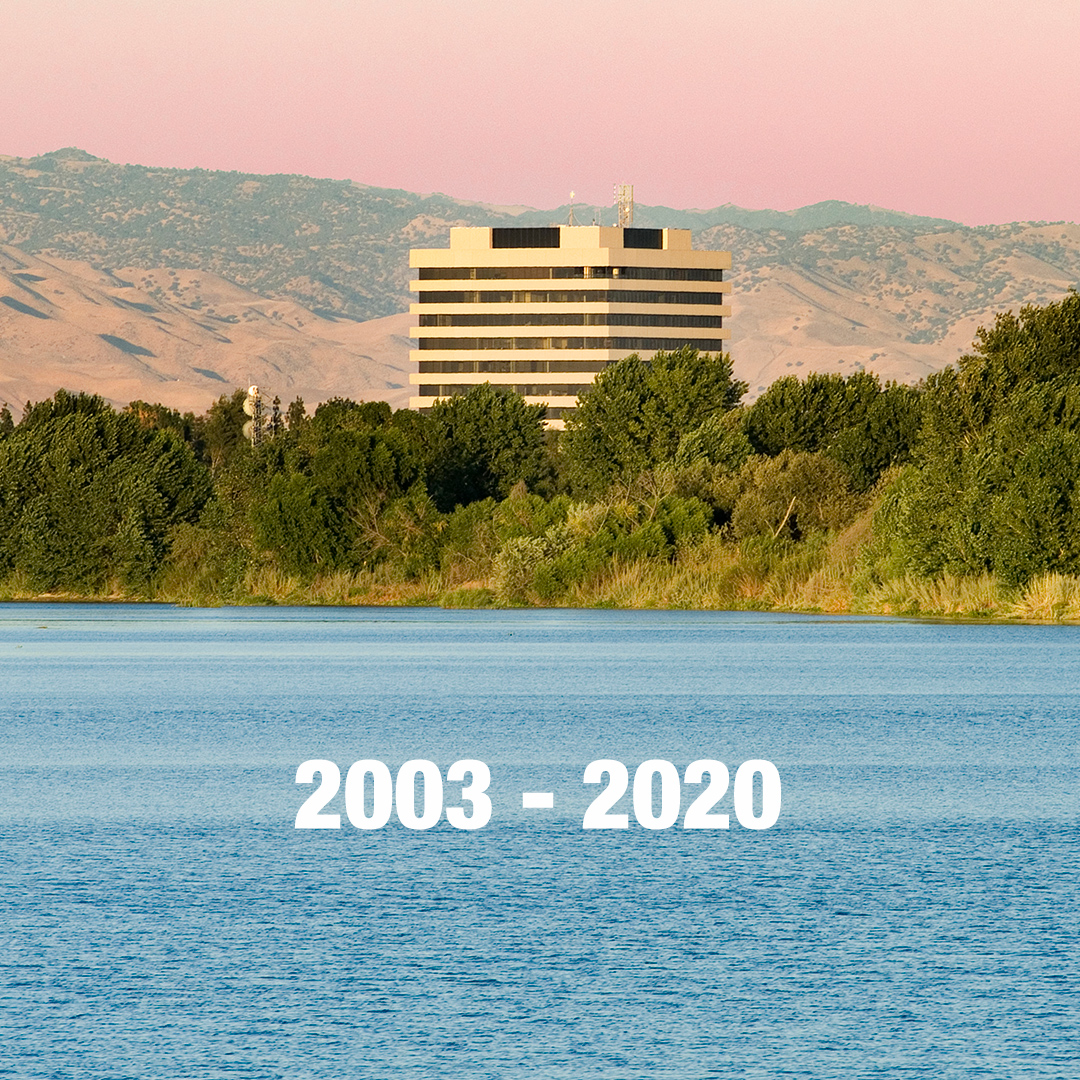 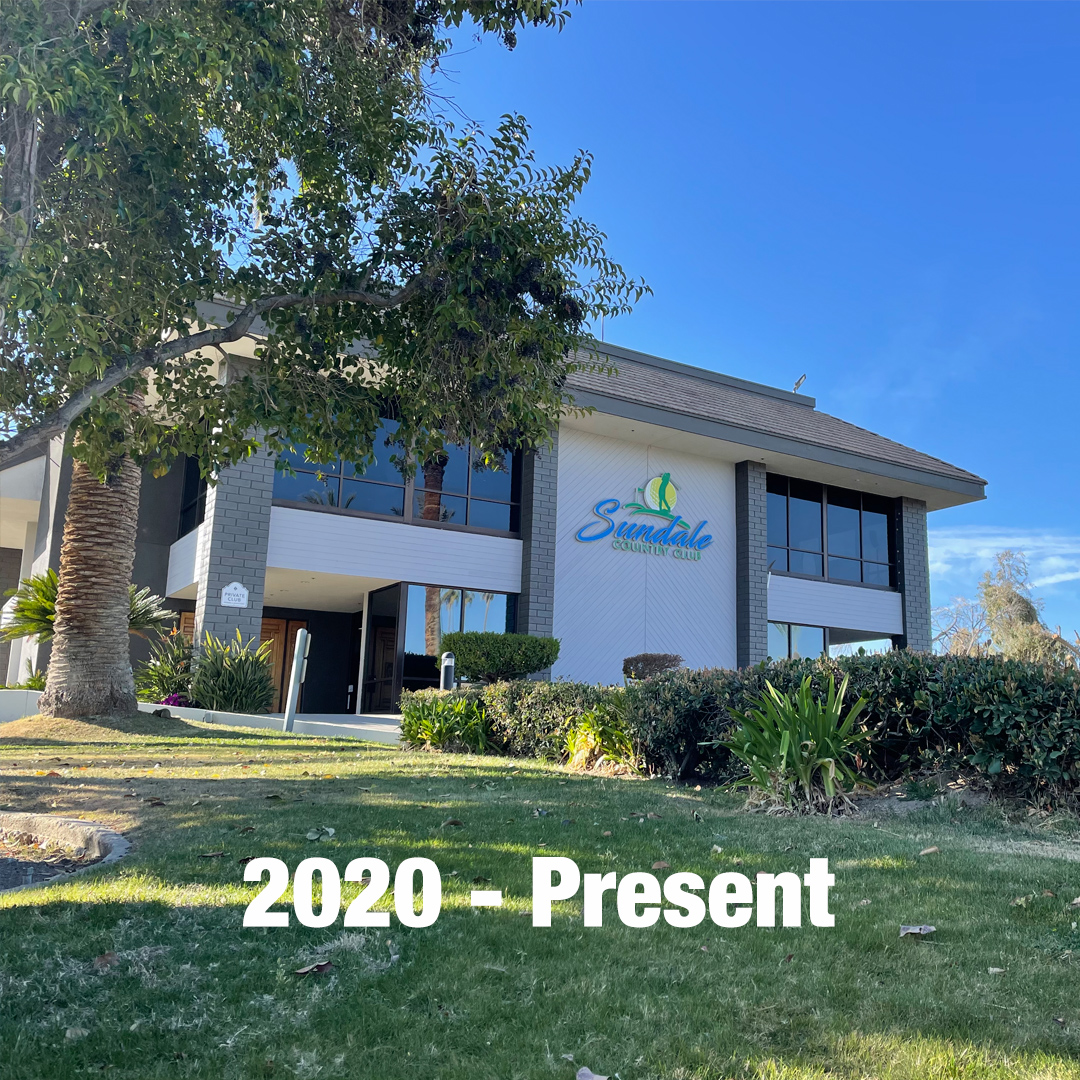